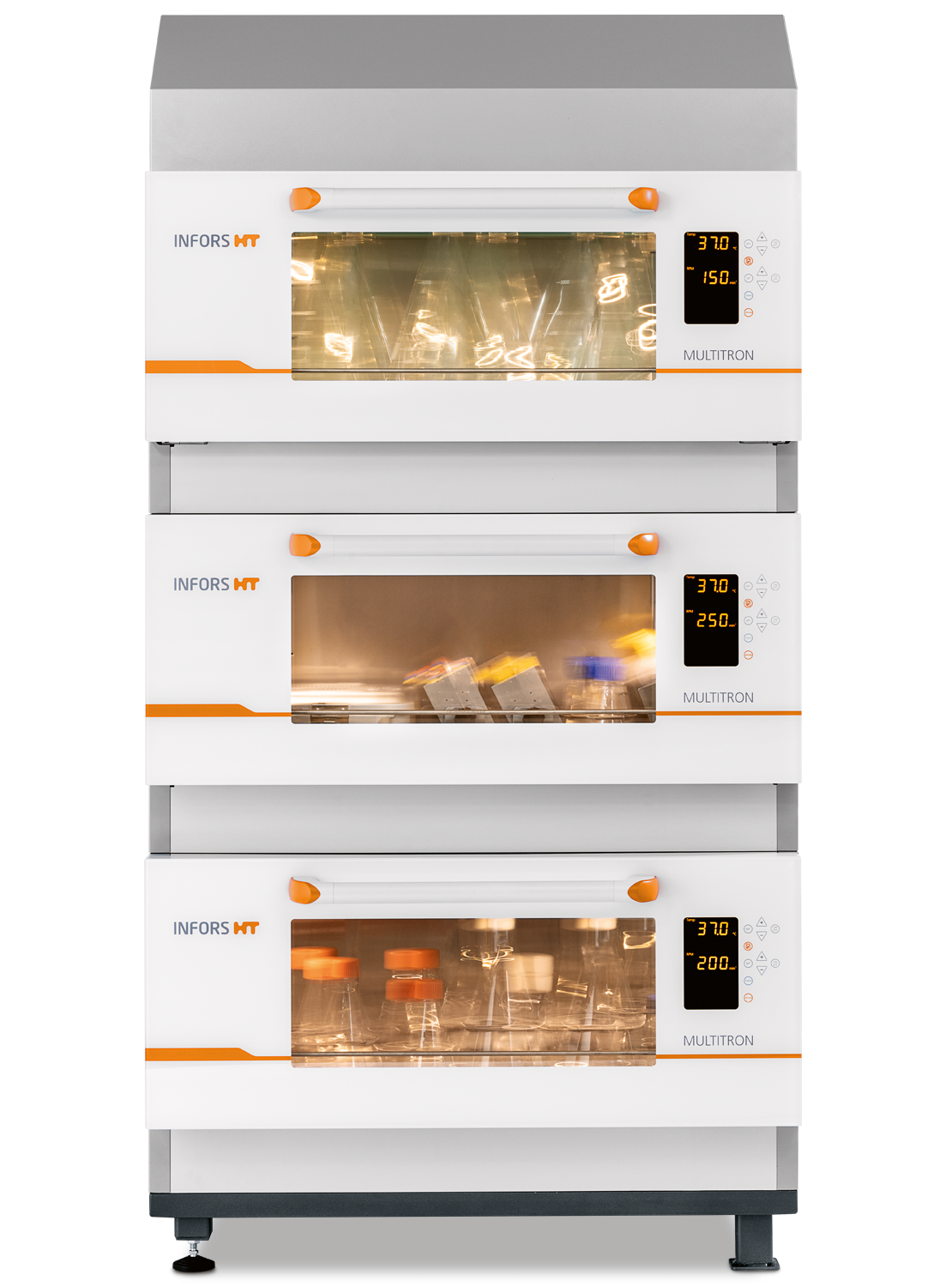 A new chapter in an ongoing success story: over 20 years after the Multitron was first introduced on the market, INFORS HT now presents its fourth-generation, redesigned incubation shaker—one representing a new, even better solution for ideal cultivation conditions and delivering unsurpassed capacity, a minimal footprint and easy operation.

The new Multitron offers researchers even better conditions for cultivating microorganisms, cell cultures and phototropic organisms. The new temperature-control concept allows users to achieve optimum, gradient-free temperature uniformity, guaranteeing comparable growth conditions across all batches. The hygienic design of the new Multitron has been improved as well, with rounded interior corners for a chamber that has fewer components, making it far easier to clean. And its new UV decontamination feature, its condensate-free, direct-steam humidification, and its antibacterial coating for the housing mean that the Multitron meets the stringent requirements of cell-culture applications.

The new Multitron also satisfies the increasing efficiency demands of the biotech industry. As was the case with its predecessor, the capacity-to-footprint ratio of this incubation shaker is unlike any other: by using a three-tier stacked configuration, researchers can cultivate over 50 liters and/or 23,000 batches in parallel—even though the base is only 1 m wide. The top unit remains at a comfortable working height of 1.40 m, while the new door mechanism and quick, automated start-stop feature keep interruptions in the cultivation process to a minimum.

“By combining traditional advantages with new features, the new Multitron is a response to trends and to new demands in research and development—developments that include increasing digitalization. Starting now, for example, the Multitron comes with an Ethernet interface that can be used for connecting to simple SCADA software such as eve®,” explains Dr. Dirk Hebel, bioprocess equipment product manager for INFORS HT. Customers can place their orders for the new Multitron with any INFORS HT affiliate or distributor beginning January 18.