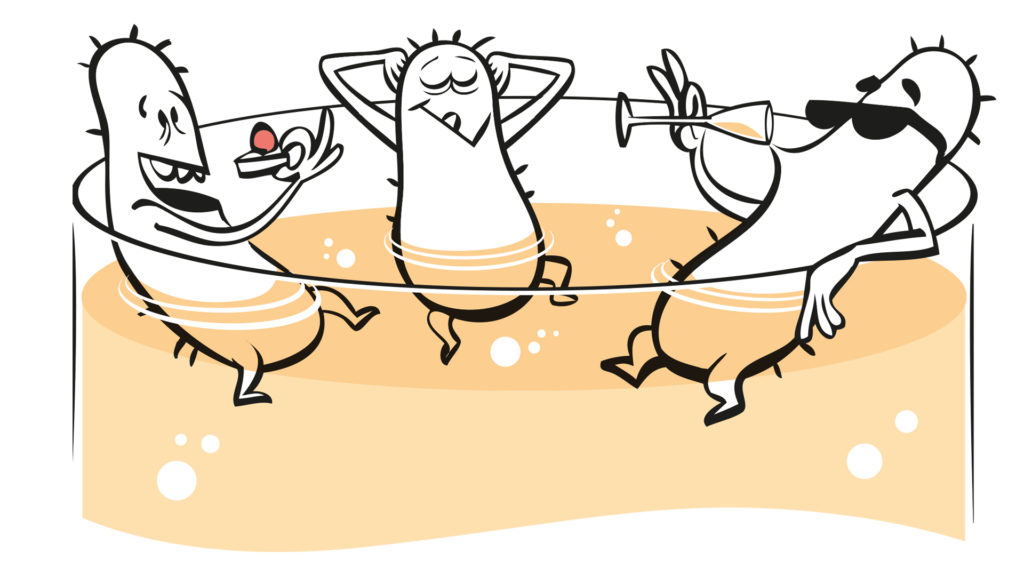 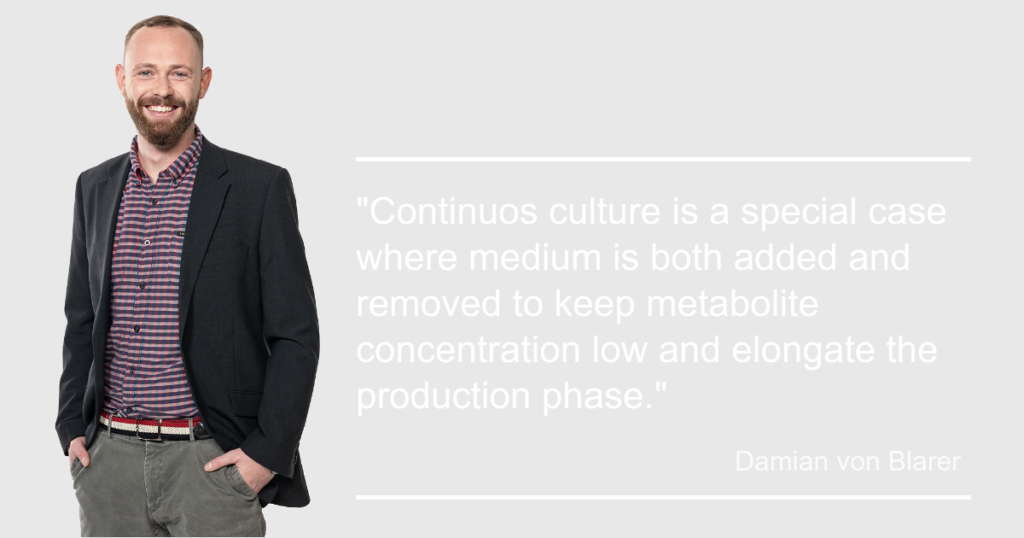 Other special forms of process strategies

Finally, there are also hybrid methods that can be used when running a bioprocess. One example is to harvest all but a small residue of a completed (fed) batch in order to use the remaining cells as an inoculum for the next filling. This type of process management is called a repeated (fed-)batch process. The distinction between a batch process and a fed-batch process lies only in whether the residues of the bioprocess are used for a batch or fed-batch process. This eliminates the cleaning time for the bioreactor and the need to cultivate a fresh inoculum, while simultaneously increasing productivity. However – as with other fed-batch processes – this is also associated with a higher risk of contamination and the possibility of strain alteration.