mRNA Technology: how a platform is revolutionizing the Biopharmaceutical Industry

The idea of using our own cells to produce antibodies essential for survival no longer belongs to science fiction. Although it has been the focus of researchers for decades, the direct use of messenger RNA encoding antibodies has received recent market approval due to the urgency of the COVID-19 pandemic. As such, this platform technology is revolutionizing the way we think about biopharmaceutical production and has great potential for further applications. In the following article, you will learn about the key aspects of the application, production and use of mRNA, the software of life.

What is mRNA & where is it synthesized?

Definition of mRNA by industry and science , vaccination principle

“The Messenger Ribonucleic acid (mRNA) is the software of life since all life that we know flows through mRNA. “

His conclusion is based on the idea of classic gene expression: The transcription of DNA results in RNA, RNA is spliced into mRNA and the translation of mRNA results in proteins. As a genetic template, mRNA can leave the cell nucleus in contrast to DNA and be transported to the ribosome for protein synthesis. 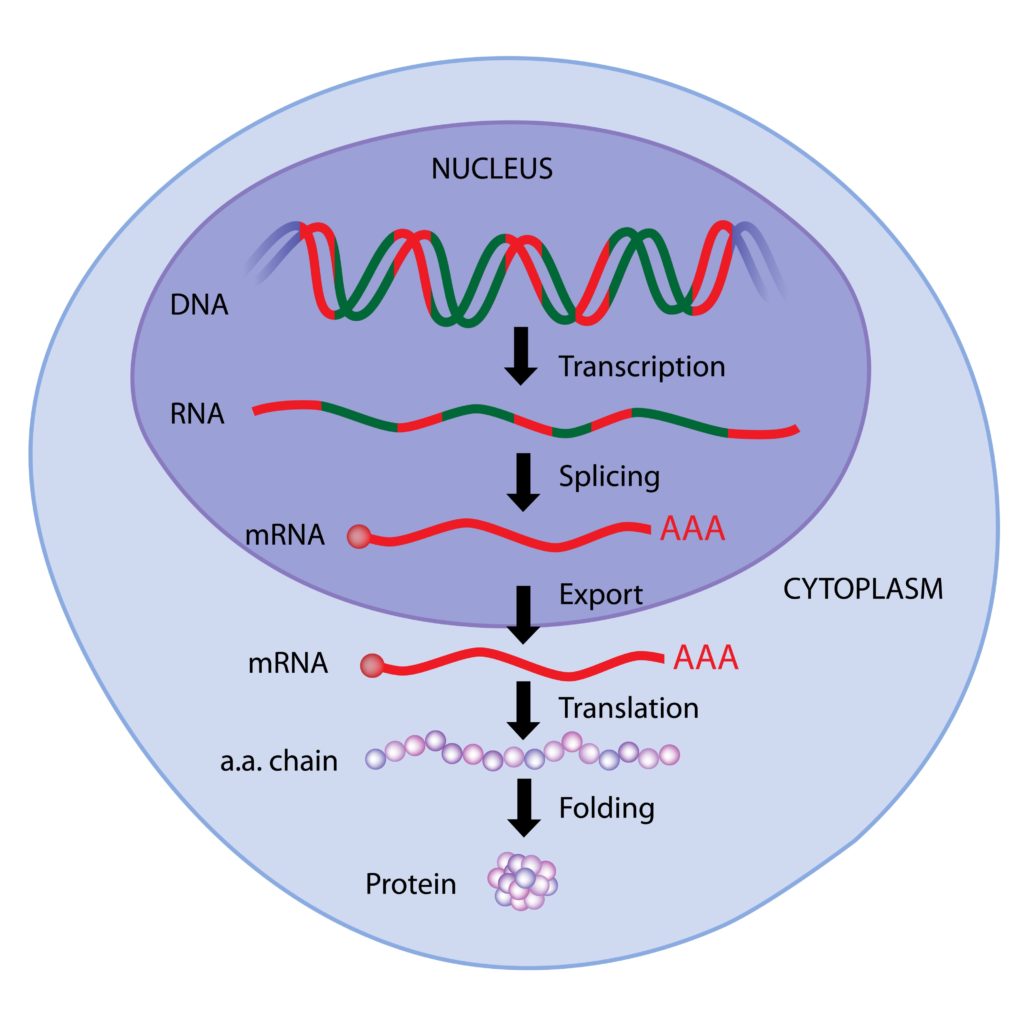 Gene expression, DNA to mRNA to protein within eukaryotic cells: Transcription of DNA happens in the cell nucleus, whereas the translation of mRNA takes place outside the nucleus. Credit: Adobe Stock Images, 2022

This means we can design mRNA or DNA molecules as soon as we know the genetic sequence for a particular protein. Building on years of diverse research with liposomes and mRNA, both discovered in the 1960s, Moderna, among others, has recently applied this principle. The only difference to the existing biopharmaceuticals on the market was the direct use of mRNA in the producer and recipient at the same time; the human body.

How do mRNA vaccines work? 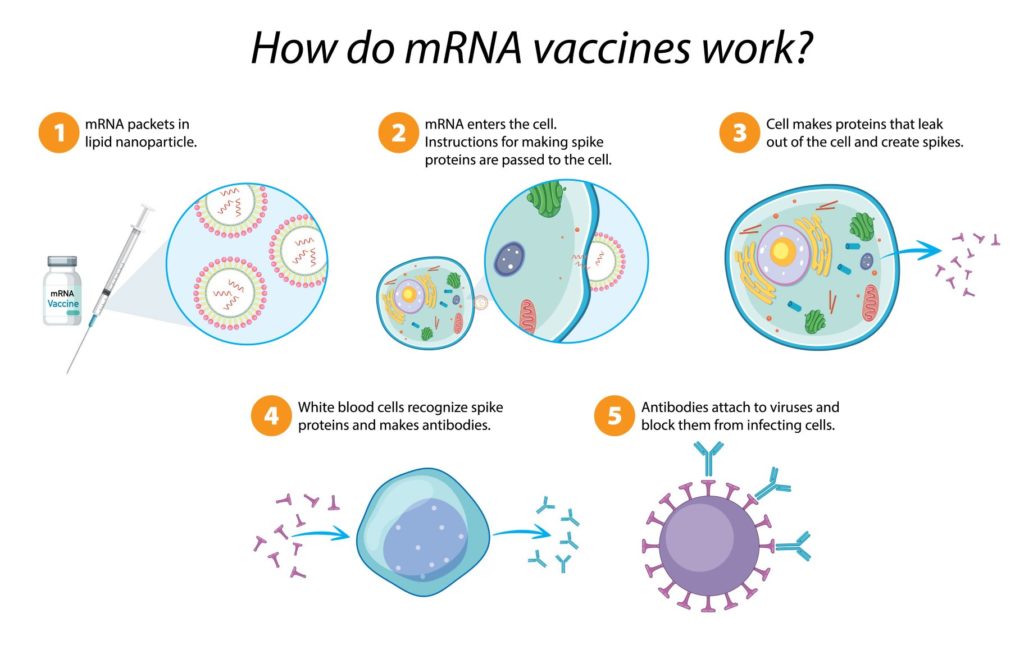 During the COVID-19 crisis, mRNA therapies attracted great interest because this technology enabled vaccines to be brought into the market in a safe and rapid manner. The impactful reason for this is its work mechanism, which enabled the reduction of a second biological expression system. Credit: Adobe Stock Images, 2022

The modification of genes used for protein expression (genetic engineering) in the pharmaceutical market goes back to 1982 when Genentech’s modified bacteria was used by Eli Lilly’s to produce recombinant insulin. Using bacterial plasmid for recombining genetic material is now a commonplace and well-established procedure to express proteins. Over decades, researchers have been studying popular expression systems like Escherichia coli (E.coli) to increase its production. However, bacterial expression systems are incapable of producing or have lower availability of proteins compared to mammalian cells. The reason for this lies in the correct folding, assembly and post-translational modification of the proteins in mammalian cells. 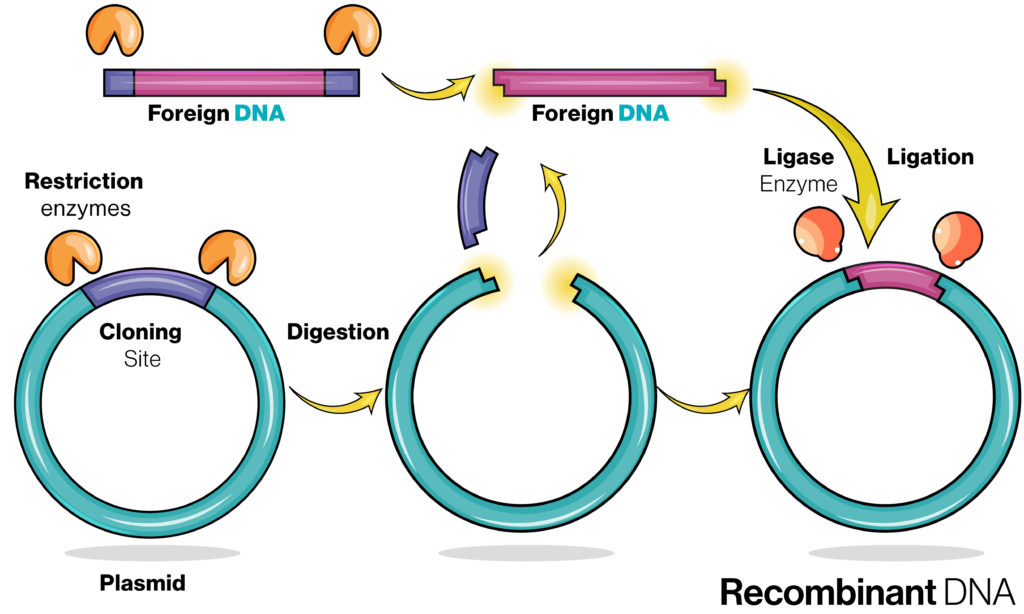 As one might expect, two different systems mean twice the work and money – especially in the regulated world of pharmaceutical manufacturing.

In contrast to research, transient transfections by plasmids are rarely used in industrial production. However, the production of stable cell lines in which the encoded gene sequence is incorporated into the genome is time-consuming.

One of the more important reasons the mRNA approach has become the focus of research and development of advanced drugs, especially during the pandemic: The reduction of biological systems and through that time by direct use of the required genetic sequence.

Traditional vaccine development and market launch take up to 10 years and longer. During the pandemic, this timeline needed to be shortened due to the urgency for vaccines. 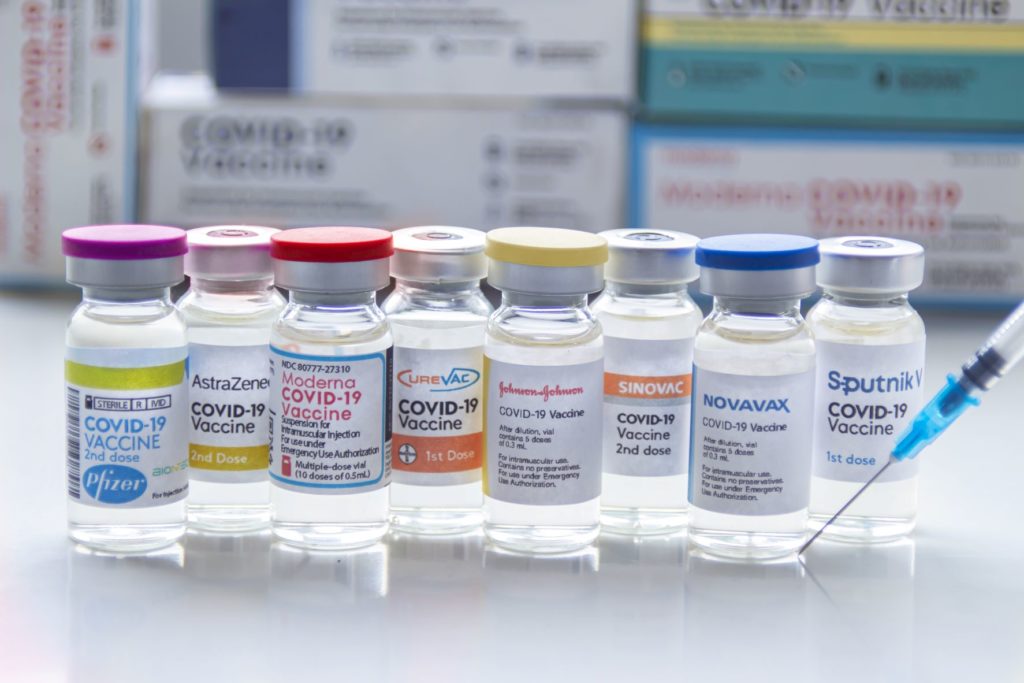 The mRNA vaccines currently available on the market are only suitable for the control of the COVID-19 pandemic. Reasons for the fast development and time to market were years of research on related viruses, faster manufacturing processes due to reduction of the second biological system (mammalian cells for proper protein post-translation) and accelerated regulatory processes as well as tremendous funding that allowed companies to conduct trials in parallel. Credit: Adobe Stock Images, 2022Although the potential of mRNA technology was already seen in 1978, when liposomes were used to transport mRNA into the cells of mice and humans in order to induce protein expression, the conventional wisdom among vaccine manufacturers was that mRNA was too unstable (prone to degradation) and too expensive to produce. The production of biologically active mRNA in the lab was seen primarily as a research tool to study gene function and activity.

In contrast, the idea of using mRNA technology in oncology as a therapeutic agent has been more favourably embraced. Several academic scientists and start-up companies investigated the potential use of mRNA to fight cancer. The expression of these proteins encoded by mRNA is expected to trigger an immune response to cancer cells.

Researchers were already trying to turn mRNA into a drug platform in the 1990s but were repeatedly turned down by funding authorities. Problematic were potential immune responses from Toll-like receptors, which triggered massive inflammatory responses to the synthetic mRNA. The breakthrough to suppress the undesired immune reaction came with the conversion of chemical binding to the nucleotides of the mRNA. The therapeutic value of this and attention to its use as a therapeutic came in 2010 under the direction of Derrick Rossi, stem cell biologist and co-founder of Moderna Therapeutics, when skin cells were converted to muscle tissue using modified mRNA.

American 11-year-old pharmaceutical and biotechnology company, Moderna Therapeutics focuses on mRNA vaccines in particular and has long kept its science under the radar. Private investors were raised instead of selling their shares on the stock market, giving the company a reputation for secrecy as well as skepticism about its technology.

Nevertheless, with its initial public offering at the end of 2018, Moderna was able to raise more than $600 million to implement its ambitious plans to develop medicines.

As a result, the company has sparked an enthusiasm for therapeutic mRNA that is spreading to other start-ups and even big pharmaceutical companies. They clearly see the vision of revolutionizing the drug industry. What biotech companies like Amgen, Biogen and Genentech started in the 1980s with the development of protein therapies, mRNA technology can continue and replace.

As currently approved products on the market only include vaccines for COVID-19, further candidates in different fields are in clinical trial. Even Moderna has more than 20 candidates in its regulatory pipeline, including therapies for rare genetic diseases, cancer immunotherapies and vaccines against infectious diseases. 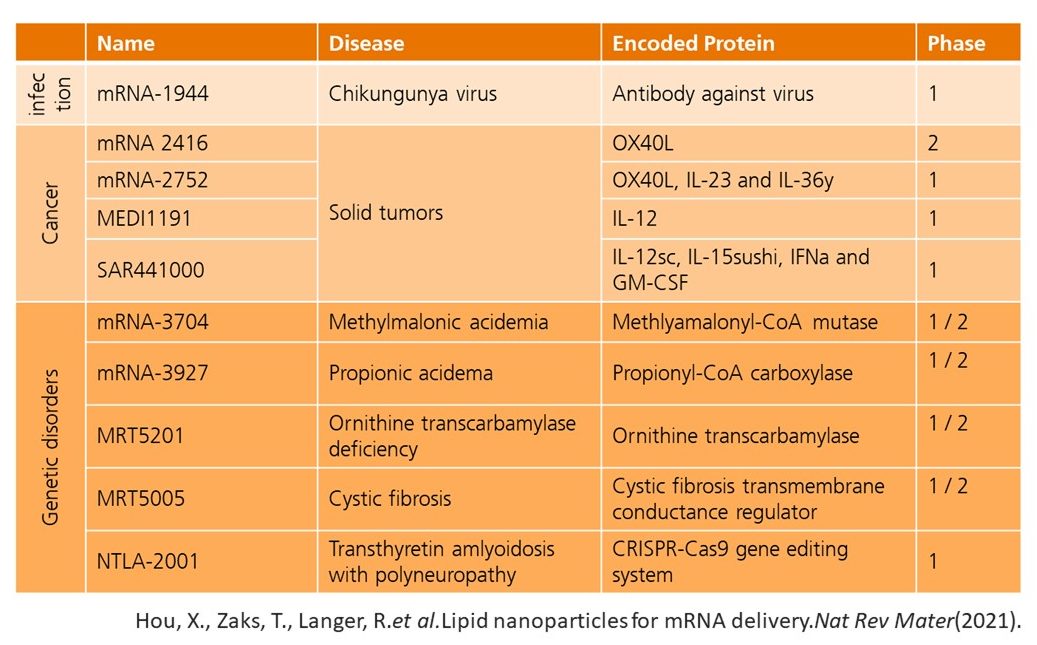 Through pharma partnerships with AstraZeneca, CureVac, Boehringer Ingelheim and Eli Lilly & Co, Moderna was not only able to draw attention to the field but leveraged mutual competencies to develop mRNA therapies. Successful use of mRNA therapeutics comes with solving key problems. Companies like Moderna must prove that:

“Ultimately, you could use mRNA to express any protein and perhaps treat almost any disease. The possibilities are almost limitless.” – Stephen Hoge, President Moderna Therapeutics

How to manufacture mRNA?

Compared to conventional vaccines, one of the most important advantages of mRNA is its relative simple production. Its production, in contrast to the classic in vivo synthesis, is done by an enzymatic in vitro transcription (IVT). This allows GMP facilities to standardize the process and act agilely when a new protein target comes into focus

To ensure certain quality characteristics, a series of manufacturing steps must be performed. Currently a number of combinations of steps are possible, which can be summarized as: 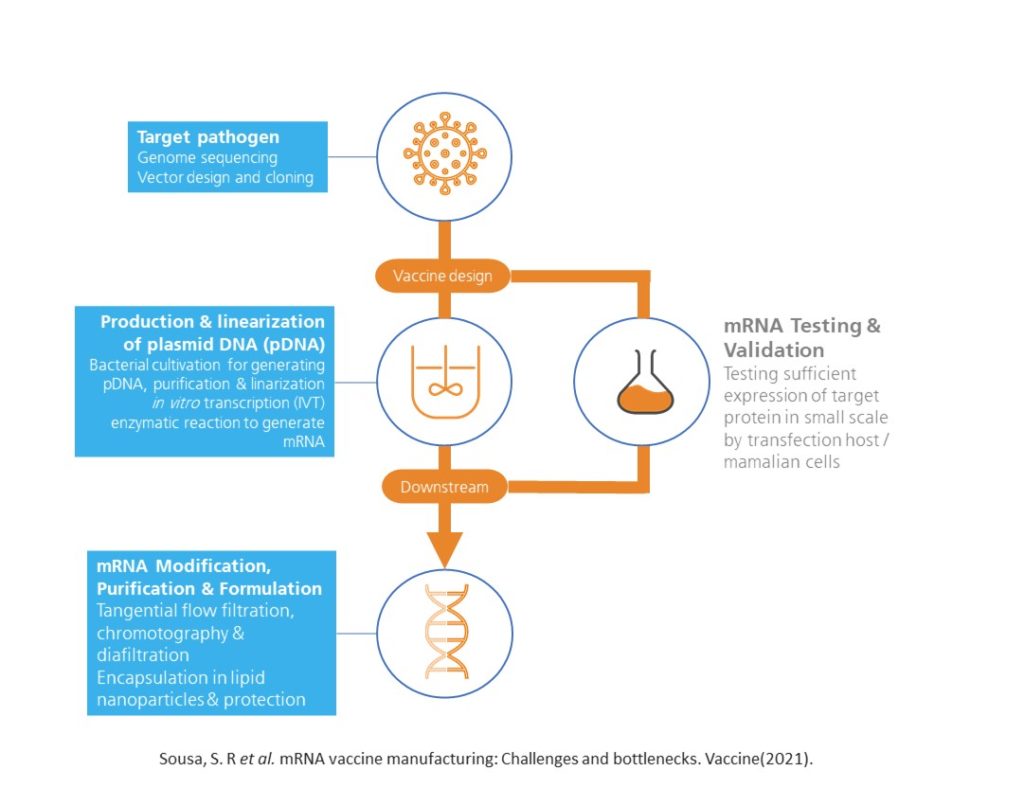 possible steps for mRNA production include genome sequencing of target pathogen, upstream and downstream process as well as testing and validation of mRNA

As we have already seen, the synthesis of mRNA starts from the corresponding DNA template. The template can be obtained by linearization of a purified plasmid or by amplification of the desired DNA by PCR. Thus, a plasmid can be the first step in the production of mRNA-based drugs.

With our expertise for the upstream process, we intend to take a closer look at the production of pDNA in our next article. To do so, our Innovation Manager, Damian von Blarer, in his double role as a scientific assistant at the FHNW, takes a look behind the scenes and explains how bioprocesses for the production of plasmids are optimized and carried out. 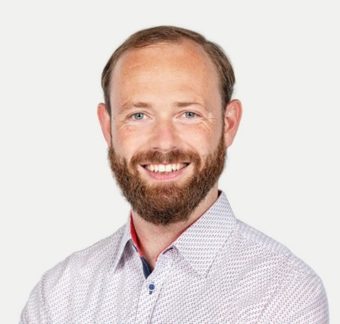 As a scientific assistant at the FHNW, Damian has his finger on the pulse of customers engaging in biotechnology research and development. For 3 days a week, he organises and supervises various practical courses and training at the Muttenz site, teaches future biotechnologists, carries out research and optimises bioprocesses with Infors equipment. As Innovation Manager at Infors AG, Damian incorporates the knowledge and experience gained from this work into the development of our devices. With his many years of experience in GMP production, this trained biotechnologist supports the development of devices that meet the requirements of the pharmaceutical industry. 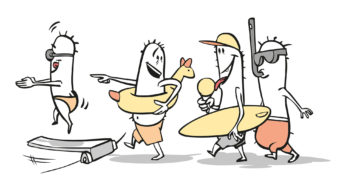 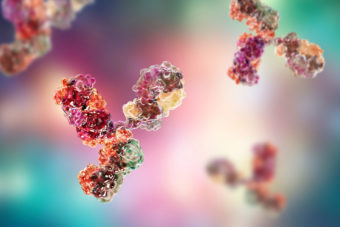 Monoclonal Antibodies: From Screening to Production

Monoclonal antibodies have been used for testing kits and medical therapies across a wide range of applications. The most recent is to provide a potential treatment for patients suffering from Covid-19 infection. The production of monoclonal antibodies is well understood, scalable and standardized to the extent that it makes a good generic example of a modern bioprocess. This aspect will be the focus of this short overview. 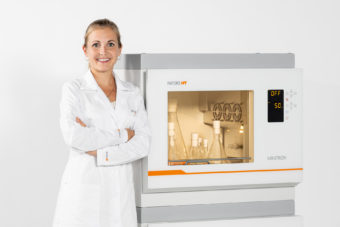 Buying a new incubator shaker may seem like a simple job. You could select the same model again, the cheapest version, or the shaker with the fastest delivery time. Nothing to worry about as it’s a simple standard product, so anything will do the job. However, this approach leaves out a vital factor – what quality of results can you expect at the other end of your bioprocess?