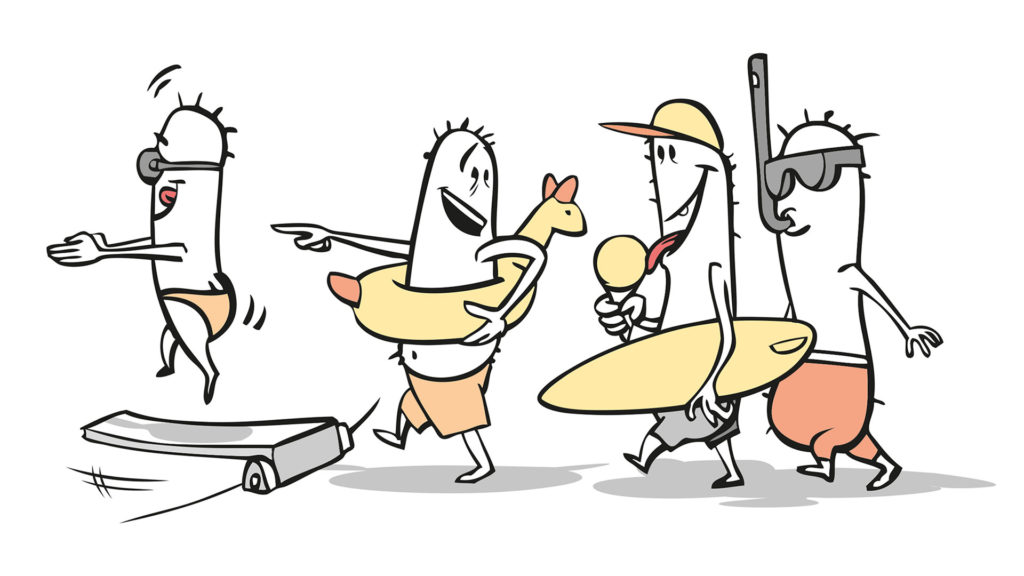 Schematic representation of the lag phase.
The inoculum added to the culture medium defines the starting quantity of cells. After the bioreactor is inoculated, the viable cell count initially increases slowly, because the organisms must still adapt themselves to the prevailing environmental conditions. This phase is therefore called the latency or lag phase.

Schematic representation of the log phase.
The cells are now well-adapted and divide at the greatest possible speed since they have all the nutrients they need. For this reason, the number of living cells increases rapidly during this phase, which is called the exponential or log phase.

Schematic representation of the death-phase.
If the bioprocess is allowed to advance to the death phase. This phase is characterized by a decreasing number of living cells, due to insufficient nutrients and the accumulation of harmful by-products. Since more cells die off than are added by division, the number of living organisms decreases. 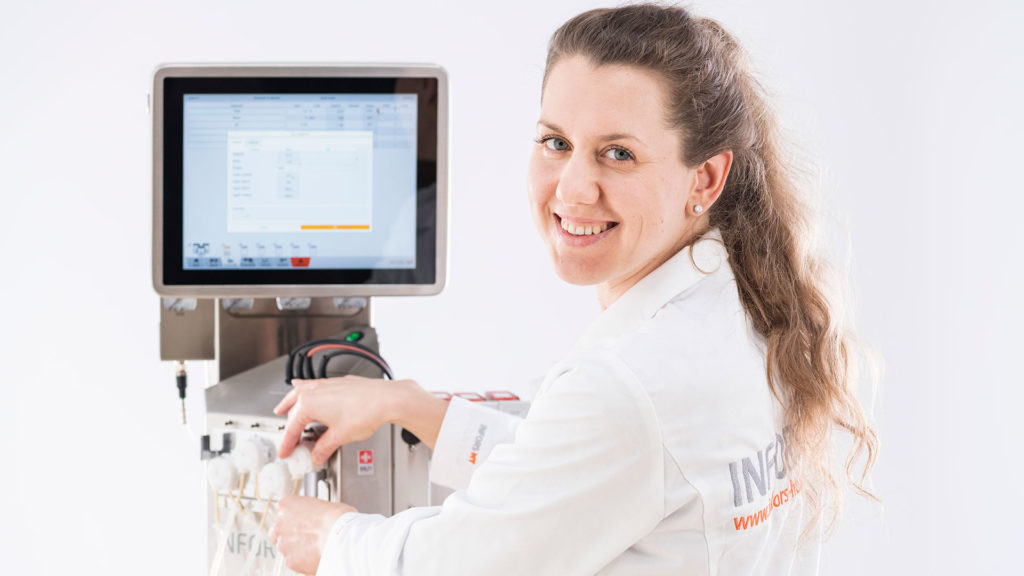