The 5 Most Loved Multitron Features

The Multitron incubator shaker remains uniquely popular since its launch in 1991. The original concept was to offer maximum shake flask capacity whilst occupying minimum space within the laboratory. A number of other new features were launched alongside the Multitron, and since have become firm favourites with users. Some of the best loved capabilities of the Multitron are listed below. 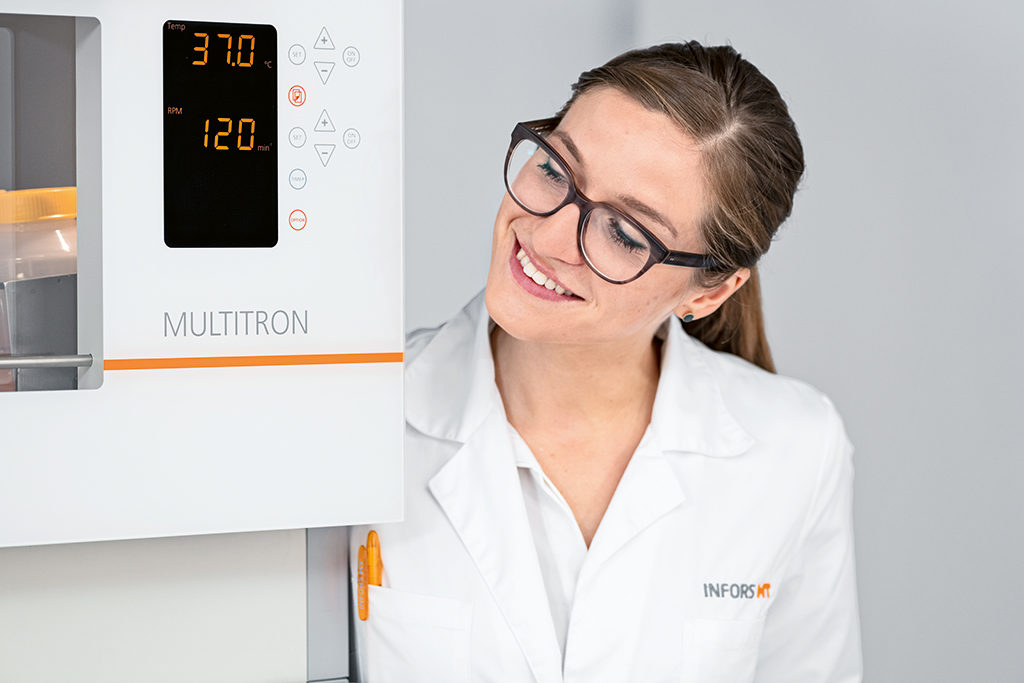 The pull-out-tray of the Multitron is an amazing feat of design and excellent engineering in its own right.  It is the answer to problems most users are only too aware of, including:

The front-opening door provides a platform for  the pull-out tray solving all the issues listed above.  The tray is secure, accessible from all angles and does not need to be totally removed for loading and unloading. Add to that the simplicity of part-opening the door to stop the shaker action and have it resume automatically when the door is closed again. No wonder this is beyond a «nice to have» and has become  a «love to have» for many users.

Getting more done for less and with less is always going to be popluar. The Multitron combines a compact outside with a spacious inside to give the most «bangs per buck». Even the saving in laboratory space per flask can be taken into account. The capacity equation can have several elements as listed below, and the saving in laboratory space per flask is notable when used either singularly or in combination:

The more capacity per run, the quicker results can be obtained and for lower cost, labour and resources.

The tedious but essential job of cleaning up after a spill or as part of a routine maintenance will eliminate problems such as contamination or corrosion. The Multitron reduces the effort of dealing with spills and the hygienic design minimises the chances of the evil twins mentioned above. The key guidelines to safeguard against a messy situation are:

The job of cleaning up may not be loved by many, but any mitigation of the work and time involved has to be deserving of affection.

A triple stacked incubator shaker is big. Often, adding a third deck places the shake flasks in the top deck out of reach for users below a certeain height and physical strength. Rather than having to use a kick-stool, ladder (or tame orang utang), the Multitron takes a different approach, which the majority of triple stack users have come to appreciate and love: A comfortable working height accessible by the majority, and lower than that of the competition.

Ok, so this last one precedes the Multitron launch by a decade or so, but we could not go without mentioning Sticky Stuff. The days of fixed clamps or removable versions needing a screwdriver and a lot of patience are mostly gone.  The sheer capacity of the Mulitron and it’s flexibility allows for multiple users to share a deck at any given speed and temperature. The sticky stuff will easily handle:

Add up to the talents of green sticky that it can be washed, lasts for a long time and is easily replaced to get the recipe for user satisfaction and contentment.

The ever-changing world of biotechnology means giving users even more to love in future. The latest iteration of Multitron adds even more features that the current and next generation of users will want to add to their wish list, including:

Having read the list of most loved features, we would like to give you a chance to have a say about your particular favourites. We are looking forward to receiving your comments and feedback below.